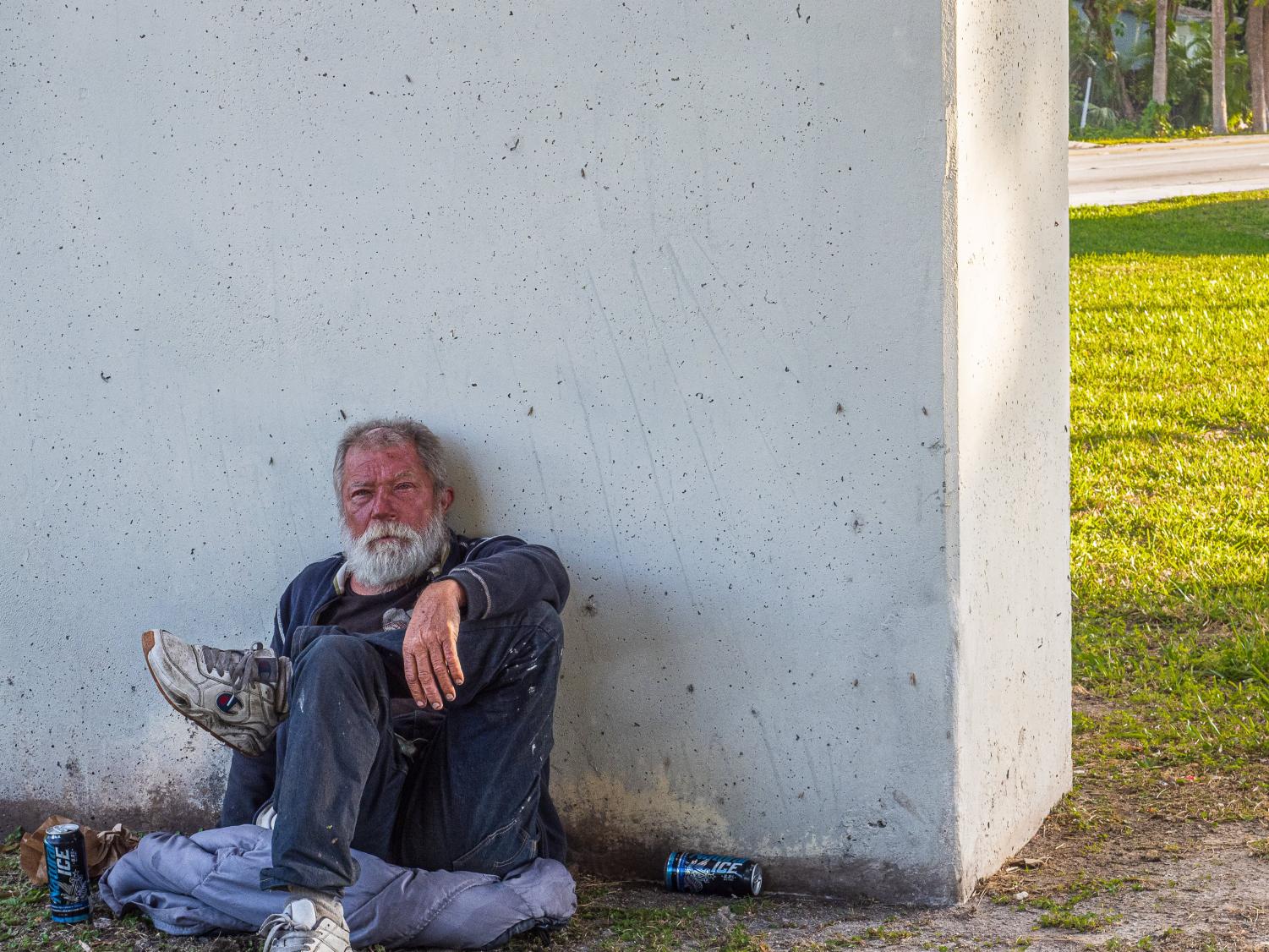 A Miami native named Rick under the Metrorail in South Miami

Out of sight is not enough

The City of Miami has very few homeless compared to other major cities, but its solutions to combat homelessness are cruel and ineffective.

On December 5, City of Miami Mayor Francis Suarez gave a talk during assembly in which he responded to a question about homelessness. He stated, “We’re going to put out a plan in 30 days called functional zero to become one of the first urban large cities in America to have zero homeless.” Functional zero is when a community ends homelessness and sustains it.

Mayor Suarez’s goal is a noble one, and it is true that the City of Miami has made incredible strides to reduce homelessness, with a low population compared to other major cities. Mayor Suarez cited 512 homeless people under his jurisdiction; to arrive at this figure, the city (like other cities) measures the homeless population by sending out teams of volunteers to manually count them block by block. It is important to note that this number only reflects the homeless population in the City of Miami and not Miami-Dade County as a whole, which has 3,355 homeless. Nevertheless, both numbers are much lower than most major cities.

But many of the steps the city has taken to combat homelessness in recent years have been detrimental to the lives of homeless people themselves, exacerbating the problems that they face. In 2018, the city abolished the Pottinger Agreement, a rule preventing police officers from arresting and seizing property of homeless people who live in public areas. Two years later, Miami restricted the feeding of more than 25 homeless people at a time, for a first-offense fine of $250 and $500 thereafter. Soon after, the city passed an ordinance allowing the police to arrest a homeless person living on public property and confiscate their belongings.

Lacking a home creates a Catch-22 that perpetuates countless problems for the homeless, which current government action has only made worse. Without a home, there is no place to shower, sleep, make food, be safe or store possessions. Not being able to shower and store nice clothing means homeless people cannot attend job interviews properly. Even if they did, acquiring a job is difficult without an address.

Not having a safe place to live and sleep leads to stolen property, exposes the homeless to health problems through illness and puts them in danger of harm from others and the outside world. This leads to the next problem they face: no quality, affordable healthcare. Although there are programs in place for the homeless to get medical aid, finding time to attend to health needs is difficult while trying to survive on the streets.

The most common solution proposed for most of these problems is homeless shelters. But many homeless people feel that being on the street is safer due to the countless problems shelters face. In shelters, people must worry about possessions getting stolen, infections spreading, drug use and violence.

In an interview with NPR’s Ari Shapiro, David Pirtle, a previously homeless man, explained that “shelters are dangerous places. They’re full of drugs and drug dealers, people will steal your shoes, and there’s bedbugs and body lice.”

Mr. Pirtle stayed away from shelters—until, one day, he didn’t. He found that “a lot of what I was afraid of was true. I never found out what a body louse was until I got into the shelter. You know, I had my shoes stolen. Just like people said, you get your shoes stolen.”

When the homeless must resort to living on the streets, which is illegal, the police must arrest them, which causes more problems for the government than it fixes. According to Matt Marr, a professor of sociology at Florida International University, “Criminalization doesn’t work. It costs too much money and scatters people around.”

Arresting the homeless means the police are spending more time arresting people who aren’t hurting anyone else when they could be devoting resources to other crimes or even helping the homeless. It also means that the homeless take up jail cells which cost taxpayer money to support.

As reported in an article by Andrew Fraieli for The Homeless Voice, it would cost $31,065 to imprison one homeless person for a year, which we can extrapolate to about $85 per day. According to the Miami-Dade Corrections and Rehabilitation Department, in 2020, there were 692 arrests of homeless people. To estimate the cost of arresting and holding all these people, let’s assume they were kept in cells for only a day. Multiplying the amount of homeless arrested by the cost to hold each one for one day results in $58,820 of money gone to waste.

Furthermore, getting arrested puts a dent on a homeless person’s record and heavily decreases their ability to get a job. A national campaign called Ban the Box, which aims to prevent employers from asking for a job applicant’s criminal record until after conditionally offering the job, might help this issue. However, Florida has not yet passed any ban-the-box laws, so the homeless cannot rely on this.

To reach the goal of functional zero, Mayor Suarez and the City Commission support legislation that just isn’t creating solutions. An example is the Adopt-A-Homeless Program put forth by Commissioner Joe Carollo and eventually put into legislation by the Miami commissioners, which would allow Miami residents to temporarily provide shelter to homeless people in exchange for reimbursements from the city.

The Adopt-A-Homeless program was born out of a joke Commissioner Carollo made in which he asked a crowd of activists who were protesting homeless criminalization, “Now how many of you, raise your hands, want to adopt the homeless?”

Many activists see the program as ridiculous. Dean Bairaktaris, a homeless advocate, said, “This resolution is a joke, right? Who’s going to adopt anyone? It’s a sick joke.”

City of Miami Commissioner Ken Russell, the sole commissioner to vote against this program as well as against criminalizing the homeless, believes the city doesn’t need to come up with new ideas to solve homelessness.

The correct way to deal with the issue, according to Commissioner Russell, is to create affordable housing and systems to get them back on their feet by “taking proactive steps toward housing, rehabilitation and job training.”

Working alongside homeless shelters, Commissioner Russell decided that the creation of only 500 units of housing could be the solution, especially since he’s already raised the funds and has the land. With a little over 500 homeless in the City of Miami, this plan seems viable. And according to Professor Marr, the only approach in major cities that has worked to reduce homelessness was an increase in supportive housing.

In his talk at RE, Mayor Suarez voiced a fear shared by many skeptics of housing programs and other similar initiatives: “Does a homeless person have a responsibility, like we all have, if they have adequate shelter and help, to take advantage of it? How can we be sure these 500 units will work if so much of it depends on the residents taking responsibilities into their own hands?”

Commissioner Russell said that the residents would be under supervision and would have services to help them so that they can “get to the first rung of the ladder and adjust to a normal life.” During this time, they would have to pay rent themselves and begin to become more independent.

This program would help the vast majority the homeless population, who are considered “down-on-their-luck” homeless. These are people who fell victim to obstacles such as economic hardships. These are people stuck in the endless cycle of homelessness who just need a little help getting back on their feet.

The rest of the homeless population are people who suffer from more drastic issues such as mental illness or drug addictions. Although they need more than just a place to live, affordable housing is the first step to getting them off the streets. It removes the down-on-their-luck homeless population, which means the government can focus all its resources towards that smaller population of the homeless in more dire need.

So, if this is the only solution, and the city has the means to achieve it, why isn’t the City of Miami choosing this path? It’s because elected officials are under pressure from constituents to solve the problem quickly, causing them to make decisions with only temporary fixes, if any. According to Commissioner Russell, “Political pressure yielded a negative solution that looks like a positive solution to some.”

Ultimately, there is no clear ethical decision to make when it comes to solving homelessness. But elected officials should still choose a more humanitarian and less punitive approach, not just because it is the right thing to do but because it will create cleaner and safer streets in the long term. And citizens of the City of Miami must support their elected officials in creating meaningful progress. 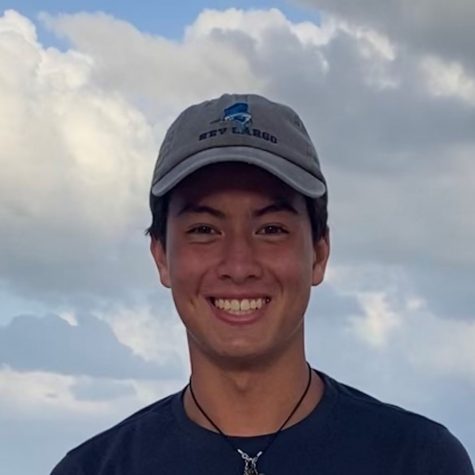 Nathan Knight '22 is a staff writer for The Catalyst.