View of the Anderson Gym from the field. The tennis courts stood at the current location of the Ansin Aquatic Center. (Courtesy of a 1990s school yearbook, exact date is unknown)

View of the Anderson Gym from the field. The tennis courts stood at the current location of the Ansin Aquatic Center.

Courtesy of a 1990s school yearbook, exact date is unknown

A Bit of HistoRE: Ransom Everglades Enjoys Massive Growth During the ‘90s

The 1990s represented a renaissance in the history of Ransom Everglades. Not only was the Band Cottage preserved and restored; the Visual Arts Building, the Performing Arts Building, and a new state-of-the-art athletic facility opened just before the turn of the century.

Fundraising efforts led by Barbara Havenick and Joan Scheiner contributed over $9 million to construct the Visual Arts and Performing Arts buildings. Per the Spring 1999 edition of the Ransom Everglades Alumni Magazine, one anonymous donor, “in the true spirit of philanthropy, bestowed a $5 million gift because Ransom Everglades was educating children with respect for the best traditions, with a pledge to excellence, and with a clear vision of the future.”

At its celebration on March 30, 1999, Mr. Jose Rodriguez III, the Fine Arts Department Chair, proclaimed that “we have established an impressive environment that will inspire the burgeoning talents that abound here at Ransom Everglades.” In this speech, he reflected on the obstacles the projects faced over two decades, such as shifting priorities, financial concerns, the need for massive fundraising, construction glitches, and a devastating hurricane seven years prior (Hurricane Andrew in 1992).

“The new rehearsal space will offer greatly enhanced square footage and acoustics. The extra rooms will better accommodate sectional rehearsals,” Mr. Jon Hamm, who is now the Performing Arts Department Chair and the Director of Instrumental Music, said. At the same time, Mr. Hamm created and offered a Jazz Improvisation and History course that “developed soloists and rhythm section players for our numerous endeavors into the jazz idiom.”

For decades, athletic competitions and major events such as commencement had to be held off-campus. With the completion of the Student Activities Center, now commonly known as the Henry H. Anderson ‘38 Gymnasium, the entire school could finally gather in one place, “a tangible manifestation of progress” in the eyes of Head of School Frank Hogan. The new gym became the heart of the athletic program, which could attract more participants and top coaches while enhancing school support around the RE community.

In the early 1990s, the construction of the Visual Arts Building led to the relocation of the Band Cottage to where it sits today. Later in the decade, school officials implemented plans to demolish the iconic Band Cottage so they could utilize the additional space on campus.

In response, alumni, such as Giulio Blanc ‘73 and Jim Beverley ‘62, formed a group to protest the school’s decision to demolish the Band Cottage. They achieved permission for a full-scale preservation effort led by University of Miami Architecture Professor Rocco Ceo.

Despite these accomplishments, the cottage lost several aspects of its history. Per the article David Villano ‘79 wrote for the Spring 2000 edition of the Ransom Everglades Alumni Magazine, school officials removed the small wing-like porch area that served as the primary entranceway and authorized a low-cost repair job resulting in the alteration of many original design features. Also, workers installing a new air conditioning system removed two original sash windows.

The response from the distinguished alumni community, whose input was ignored, prompted newly arrived Head of School Judy Chamberlain to halt this renovation in 1998. The full restoration of the cottage was completed in the early 2000s, and it was rededicated as the Paul C. Ransom Cottage. Ransom designed the cottage in 1906, and Villano joked that “a number of design quirks are visible reminders that Ransom was an educator first, an architect second.”

Although the Ransom Cottage encountered several obstacles in this decade, the efforts of Villano, Beverley, Blanc, and other alumni ensured that it remains a pillar of our campus to this day.

The arts buildings and athletics facilities that were developed in the 1990s provided a platform for RE’s continued successes in these fields for decades to come while simultaneously preserving the school’s rich history, dating back nearly 120 years. 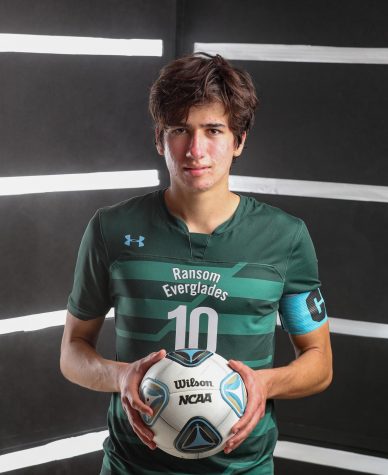 Nicolas Stone Perez '21 is a staff writer and copy editor for The Catalyst.