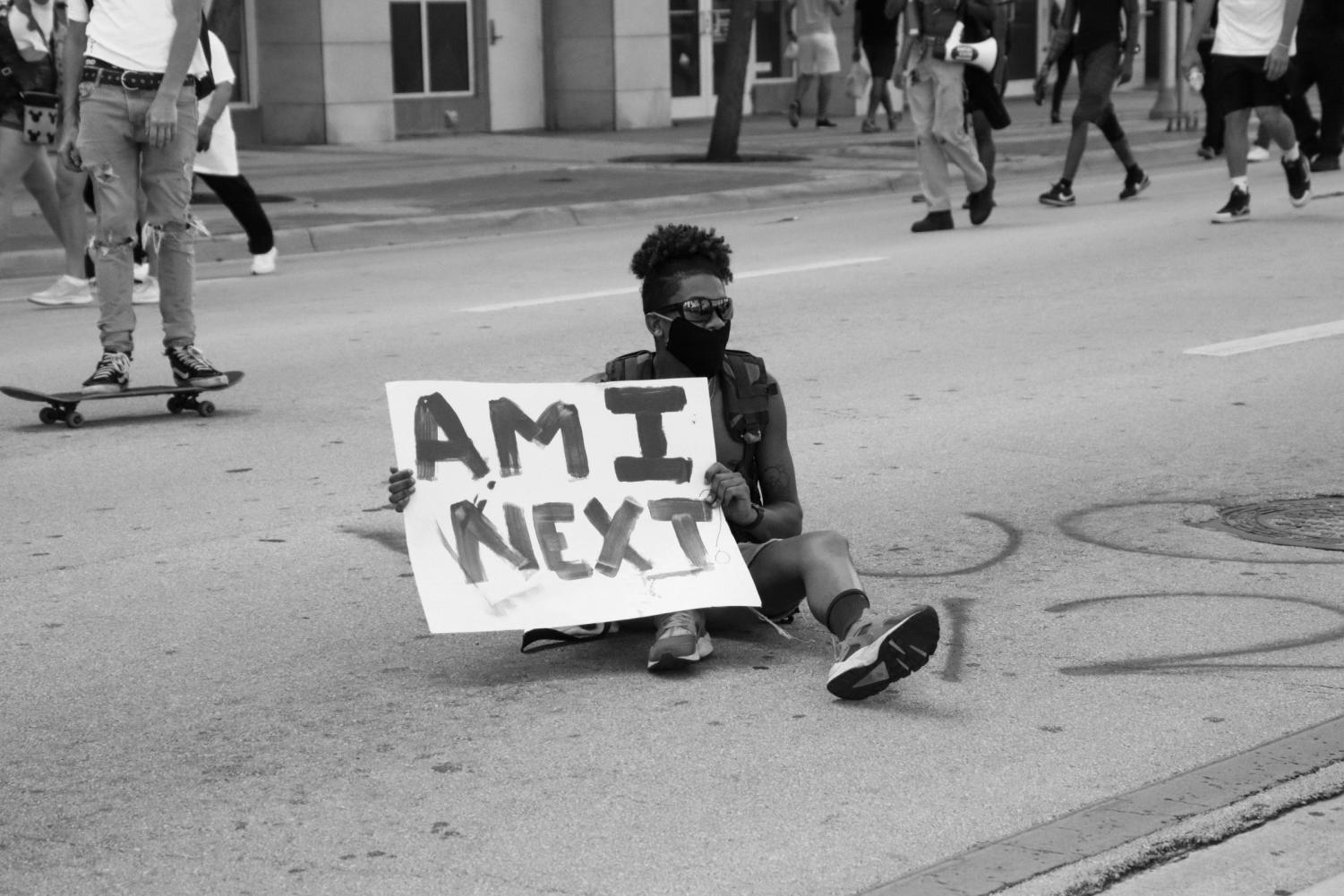 Activist poses the question “AM I NEXT” (Emma Rosenthal '21)

Activist poses the question “AM I NEXT”

Protests broke out in the United States this past summer in response to the tragic and unjust death of George Floyd. The protests spread across the globe, as people from all over began to flood the streets to speak to the demand of police reform and racial equality. Ransom Everglades students were quick to follow in their footsteps.

Over the summer, students Kiran Desai ‘21 and Emma Rosenthal ‘21 started using art to bring attention to the Black Lives Matter movement. “Considering today’s political climate, when I saw that there were protests happening in Miami, I knew that I had to get out there and document them,” Desai said. Their work in photographing the protests helped bring more attention to the cause.

Rosenthal and Desai spent entire days at the protests photographing the determination and frustration of the people around them. They captured how, drenched in sweat and exhaustion, citizens stayed true to their fight and supported the movement.

There was a depth to the protestors’ feelings and determination that the photographers wanted to capture. Rosenthal photographed a man sitting in the street holding up his sign that read “AM I NEXT.” The resilience of the protestors was clear in his eyes and demeanor.

The photographers also found themselves capturing how, amidst the civil unrest, protestors found unity among each other. Desai took a photo of the young activists linking arms in a sign of harmony and solidarity. 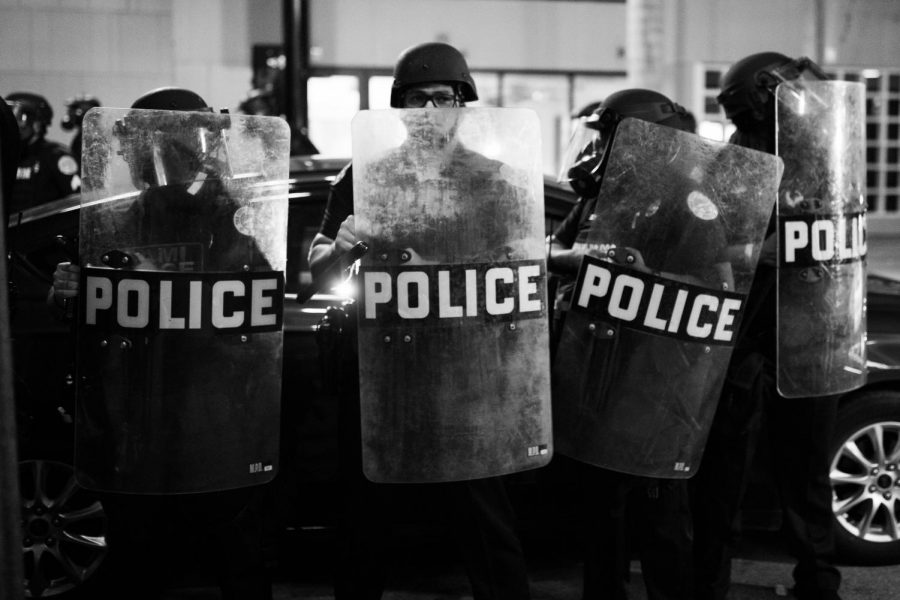 After capturing the images, Rosenthal shared her work through social media, where she found that she could use her photography to bring attention to the movement and express her own support for the protesters. “This way, I’m able to expand on my love for photography and simultaneously give myself a voice for change,” she said.

As students fight for inclusion within the United States, photography teacher Mr. Matt Stock has observed a similar a divide within his own art form. He has yet to see the celebration of diverse cultures within the world of photography, and he yearns for a society were all people feel free to express themselves. “I would like people of all backgrounds to feel safe walking down the street everywhere in our country. Period.” Stock said.

That vision may still be a long way off. But, for Desai and Rosenthal, art has given them the freedom to advocate for it—to discover their voices and use their work to express their opinions about the change that must occur.

About the Contributor
Amanda Sotolongo '21, Photographer