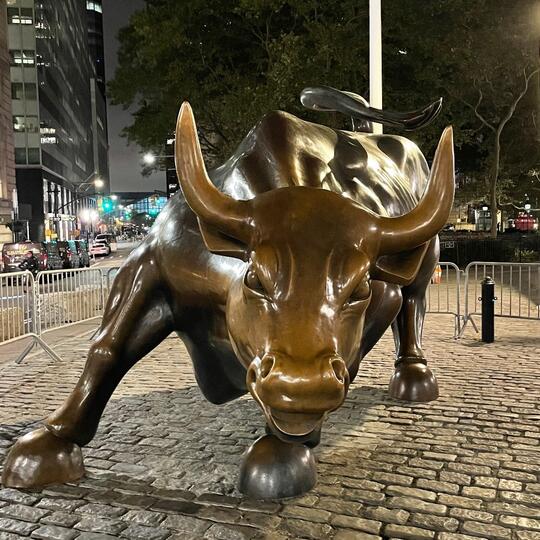 One of the side effects of the COVID pandemic has been a massive influx of retail investors, some of whom made national news in January after rallying around GameStop (NYSE: GME) in an effort to punish hedge funds who had bet against the stock. There is a new sense of power among retail investors who saw that they could shock the globe. But adults are not the only ones getting involved in the retail investment craze—many RE students have taken part as well.

I spoke with several RE community members who are active investors to get a sense of what drew their attention to the markets, as well as some advice for anyone potentially looking to follow their footsteps. And while plenty of investors were captivated watching meme stocks pump and dump, I found that students at Ransom Everglades were far tamer and more informed with their early entry into the markets than a bystander might expect.

RE investors use a wide variety of platforms to trade, such as E-Trade, RobinHood, CoinBase Pro, Charles Schwab, Morgan Stanley, and Goldman Sachs. But they also emphasized the importance of using other platforms to learn the basics of trading first. Matthew Gallagher ’21 spent a few years using Investopedia’s free stock simulator. Speaking about the importance of his trial period, Gallagher said, “It has proven instrumental to my investing success as it afforded me the time to learn and experiment with different techniques and strategies.”

Other RE investors have taught themselves through watching YouTube, reading Marketwatch, and browsing a stock market forum called Seeking Alpha.

RE investors also noted the importance of the time-honored strategy of “investing in what you know.” For Mack Srebnick ’25, his passion for the prospects of electric vehicles fueled his drive to research and invest in the sector. Srebnick has been investing for a little over a year and now has a strategy that seems to work well for him. He starts by researching the CEO and driver of his prospecting company before looking into the technical or fundamental analysis, saying, “CEO’s prior experience and accomplishments is a green checkmark for me.”

This strategy has served Mack well over the past year, as he even boasted almost 60% gains this past month on ticker $CCIV and their merger with Lucid Motors, a luxury electric vehicle maker. “I really liked the concept of their merger with Lucid Motors,” he explained, “and what intrigued me the most was that the CEO (of Churchill Capital Corp IV) was the former chief of Design at Tesla.”

Pablo Joseph ’21 also invested in what he knew, using his interest in the medical field to fuel his investment into pharmaceutical companies during the pandemic. He explained that his prior experience working with doctors gave him some tips on which companies he thought had the most potential.

Joseph and others have also invested in the cryptocurrency sector. Crypto saw a massive explosion over the past year, turning many heads. For Joseph and James Srebnick ’21, who has been invested in bitcoin for a few years now, this meant some serious growth from their original investments.

James explained that his interest in Crypto sparked back in 2017 and reignited during the pandemic after the massive attention Crypto was getting. He said he loves “that it has the power to impact so much more than just currency transactions.”

Jordan Hoffman ’21 explained that he was pursuing Crypto in the genuine hope that Bitcoin would be widely adopted. “Powerful backers such as Tesla CEO Elon Musk give crypto the potential to become the standard,” Hoffman explained. “In the future people will possibly be able to buy anything from cars to larger assets like houses with cryptocurrencies. That gives me faith.”

The most important advice for prospective investors? “Start slow,” said Gallagher, since “not every stock is going to be a winner.”

Mack had special advice for fellow students in this current moment: “Invest in what you believe … [Don’t] shadow trade the Reddit and Twitter trends.”