Humans of Ransom Everglades: Stephanie Sayfie Aagard ’88 on ‘Steph Sez’ and the fight to cure paralysis 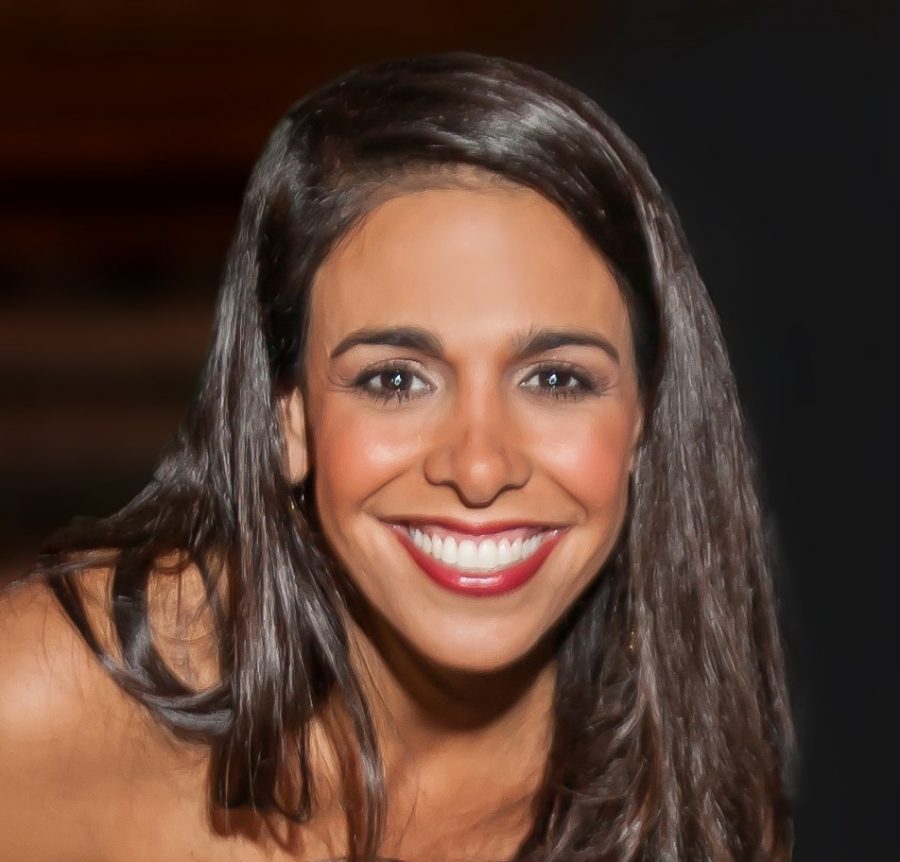 Stephanie Sayfie Aagard, RE Class of 1988 and parent of Anders Aagard ‘21 and Austin Aagard ‘26, has had an impressive and varied career. After working at NBC News in the early ‘90s, during which she covered Hurricane Andrew, she started and produced her own cable television show, “Steph Sez,” as well as a Miami Herald column with the same name. Since then, she has helped raise millions of dollars for the Miami Project to Cure Paralysis, and is now working to change the shopping experience at Bal Harbor shops.

I recently spoke with her to talk about her career path from being a RE student to now. Below is an edited dialogue of our conversation and an insight into the world of Stephanie Sayfie Aagard.

In what ways do you believe the Ransom Everglades education shaped you into the person you are today?

I can honestly say that being a student at Ransom made then going on to Boston College so much easier, because the faculty and all the teachers taught us how to study, how to organize ourselves, how to want to excel, and to do the best that we can. I was lucky enough to have that at home as well. My dad used to say you have to own the material, and I felt like the teachers at Ransom were pushing me in the same direction. Ransom’s academic calendar was very rigorous, definitely not easy, but it also helped me in the future because I learned to overcome any obstacle that was put in front of me. I believe that all can be attributed to my many years at Ransom Everglades.

Besides being an alumna of Ransom Everglades, what are your connections to the school?

It was a dream of mine to have my children attend Ransom Everglades and be able to benefit from such an excellent education—and be part of the Ransom spirit, which you hold on to forever. And I’m so thrilled that my dad, Dr. Eugene J. Sayfie, who served on the board of trustees many years ago, always believed in working hard. He loved Ransom, and he now is going to have a room named after him in the new STEM building. So that is a very exciting thing for all of us who are in our family and so many people in our community who loved him.

After college, how did your professional career start, and what was your path to the Miami Project to Cure Paralysis?

I had been interning every summer in college with NBC News in Miami. Right from college, I started working at the NBC affiliate here in Miami, which was Channel Four back then, now Channel Six. I was producing the news, and it was very exciting because I was there during Hurricane Andrew, and they gave me a microphone and said we need help. It was a great experience. Because I’m kind of a workaholic, at the same time I was working at NBC, I took a full-time job working for Avanti, an advertising and printing company. Every week, I would work at Avanti three days a week, Friday, Saturday, Sunday, and produce the news for NBC.

I loved working at NBC, and I had done my tape to take the next step to be a news anchor. But then they told me a certain way I had to do my hair, and they told me to report about a plane crash. It was hard for me to report on negative issues or very depressing items, so I decided that the news is not for me. I wanted to report on entertainment, excitement, charity, community, celebrity chefs, and just what’s going on. That’s when I created Steph Sez, a cable show that I syndicated and distributed all over South Florida to the different cable networks. I would mail a tape to each of the cable stations from Key West, all the way to Northern Florida, and I interviewed everybody from George Clooney to Tiger Woods to Mikhail Gorbachev. It was an exciting experience because not only did I host the show, but I owned it, I produced it, and I distributed it. During the production of my TV show, I started the Steph Sez column at the Miami Herald, which has been going on for 22 years. Producing Steph Sez was an incredible learning experience, and it opened my world to meeting so many different types of people. It helped me go on to my next career, which was at the Buoniconti Fund.

Why did you decide to move away from Steph Sez?

To grow my show, I was told to move to California, and it was a big life decision to stick to TV and move out of Miami, which was my home. My family was here, and I knew everybody and everything going on my family was here. So I did go out there, but I realized I did not want to live there. It was a big decision because I gave up TV in a way, but the exciting thing was I still had my column. I still could report on the exciting things going on in South Florida.

How did your work with Steph Sez lead you to work with the University of Miami?

What is the greatest takeaway from your time working with the Miami Project to Cure Paralysis?

There are two things that I’ve taken away from working with the Miami Project to Cure Paralysis and the Buoniconti Fund. Paralysis does not discriminate. It can happen to anybody at any time. This wasn’t a genetic disease; really anybody could ride their bike or trip on the sidewalk, and they’d be paralyzed. I could help make a difference and raise money to fund groundbreaking research, as we had done with hypothermia. Doctors were cooling the spinal cord, and now people are walking again because of that. If I was just even a little part of that, because I helped raise some of the funds, it was worthwhile.

After you left your official position with the Miami Project to Cure Paralysis, what project did you transition to?

While fundraising for the Buoniconti Fund, we had done many events and programs with Bal Harbor Shops, and I’ve always been very friendly there with everybody. I was always telling them they should do some exciting new programming, like a loyalty program. I felt like it was time to have a new challenge in my life. I will always still help the Buoniconti Fund, which is very important to me. I chose the Buoniconti Fund to be the beneficiary of the Bal Harbor Shops Super Bowl party this year. At Bal Harbor Shops, I just started a new department called collaborative innovation, and I just created The Bal Harbor Shops app. Inside the app, I created a new program called ACCESS Membership and Rewards Program. This new program incentives shoppers to come and dine with us. When they do, they can start earning rewards and join a membership. Because they’re becoming a member and part of the Bal Harbor Shops family, there are all these great benefits that all our stores and restaurants offer every single month: exciting complimentary services, gifts with purchase, invites to fashion launches for the members. It’s exciting to create a family at Bal Harbor Shops and thank our loyal customers and welcome new ones.

Are you incorporating any aspects of your work with Steph Sez with your position at Bal Harbor Shops?