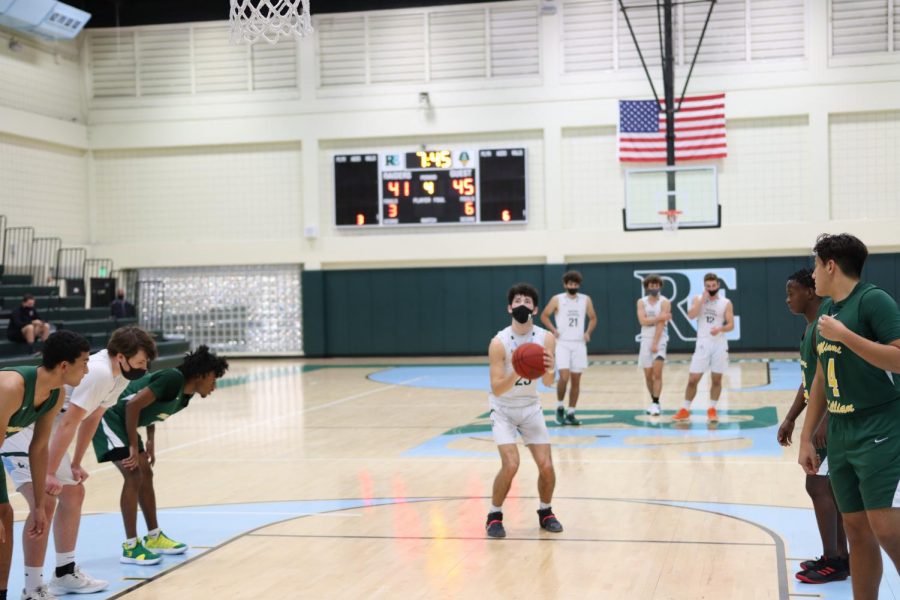 The Ransom Everglades Raiders boys’ varsity basketball team was victorious at home in an intense game against the Miami Killian Cougars on Friday night. Raider captains Lucas Ortiz ‘21 and Neil Schiff ‘21 were both satisfied with the final score of 63-60, but also believe there is a lot to improve on.

“I think we need to work on defense and boxing out,” Ortiz said. “Last year we lost a bunch of seniors who really boxed out and took charge. This year we are a much smaller team, but we can definitely be a great defensive team.”

RE took a solid lead early on, but Killian kept the game tight. For the majority of the first half, the Raiders kept their lead, but never extended it. The Cougars eventually took the lead with a few minutes left in the half, but RE scored to tie the game right before the half and went into halftime at 30-30. Ortiz ‘21 said that RE had a strong start to the first half, but the team did not do a great job defending.

In the third quarter, the Raiders and the Cougars exchanged control of the lead several times, yet the game stayed tight. Just before the quarter ended, Killian scored to take a five-point lead with just milliseconds on the clock.

“We were taking good shots and they were scoring some tough shots. We talked about playing better defense and rebounding. We knew the scoring would come,” Schiff said.

The fourth quarter was similar to the third with the teams taking the lead from each other multiple times. The game was tight, but the Raiders took a four-point lead with 25 seconds left. Killian scored a two-point shot and a free throw to close the gap to one. At that point, there were five seconds left and RE scored two free throws to end the game 63-60.

“Playing with masks is obviously a disadvantage but we are starting to get used to it,” Schiff said. “The harder part is playing in empty gyms. It makes it feel like it’s just a practice, but you need to be mentally focused every game.”

After the win on Friday, the RE Boys Varsity Basketball team now has a 7-2 record. “We have some tough games coming up next week so we have to be ready,” Schiff said. Next week the team plays three days in a row. They play Elite Academy at home on Monday, Columbus away on Tuesday, and South Dade at home on Wednesday.