With widespread ecosystem collapse in Biscayne Bay, a part of Ransom Everglades is dying 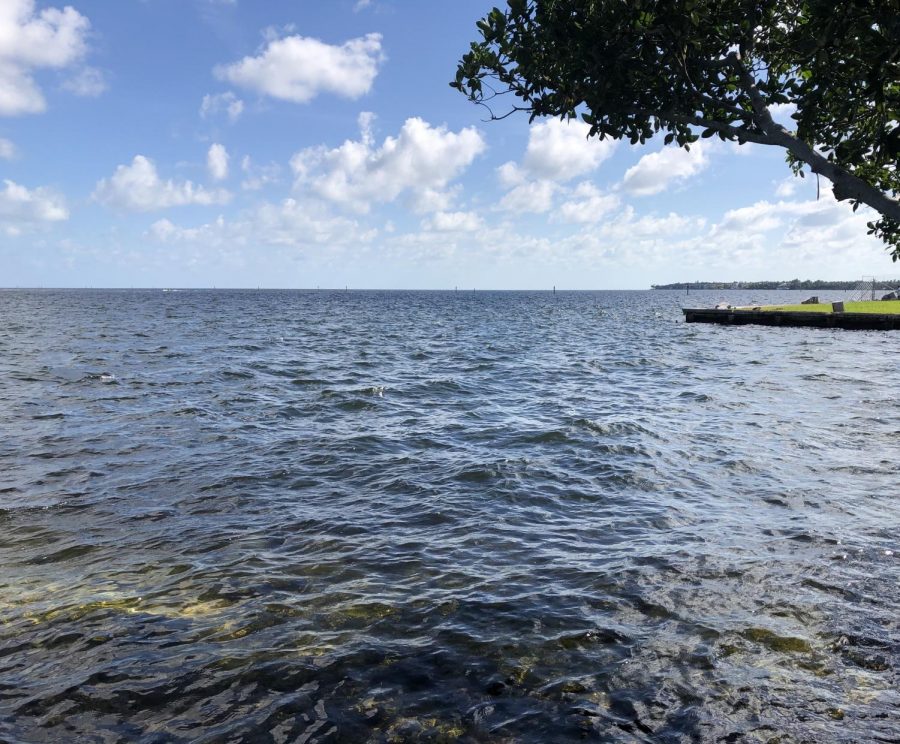 Though invisible when you look out on the bay, Biscayne Bay is a place of carnage beneath the surface.

Those who remember the now-demolished Timken Hall, a building that once stood on the site of the STEM Center, may recall some of the photos that hung inside, depicting Paul C. Ransom and his boys on Biscayne Bay. There was one photo that always stood out in Timken: a photo of a boy hoisting up a grouper he had recently caught off the side of the famed Winslow. This picture was nothing out of the ordinary. But recreating it now would be nearly impossible.

A part of the Ransom Everglades identity is dying — and we humans are the culprit, according to experts.

The Biscayne Bay ecosystem, a fundamental aspect of the Ransom Everglades experience and education, is collapsing. Die-offs in Biscayne Bay are naturally occurring, but have increased in severity and magnitude since 2013. The most recent die-off, in late August, is a clear example of rapidly deteriorating conditions.

“These fish kills would have likely not have occurred naturally at this scale and severity,” RE Environmental Science teacher Mr. Scott Erdmann said. “But many causing factors have been exacerbated by people.”

According to Mr. Erdmann and Dr. Diego Lirman, an associate professor at the University of Miami Rosenstiel School of Marine and Atmospheric Studies, the direct cause of the fish die-offs is a lack of oxygen. The leading factors contributing to this problem are septic tank runoff, fertilizer runoff, and global warming.

According to Dr. Lirman, the low drops in oxygen “cause something that’s called anoxia, which is the absence of the very low levels of oxygen that can become toxic organisms including seagrass.” Mr. Erdmann explained that extremely high temperatures already pose a threat to living conditions, as the hotter than water, the less oxygen it can hold.

Mr. Erdmann also explained that the nutrient runoffs fuel algae blooms, which increase the turbidity of the water. Therefore, less light gets to the seagrass, leading to large seagrass die-offs. Dr. Lirman identified the problem as “a combination of the nutrients that lead to algal blooms, the low light penetration, and the loss of seagrasses that resulted in very low oxygen levels. These sudden drops in oxygen levels are very toxic to organisms and can lead to mortality which was the case for the fish.”

These continued effects will be detrimental to the entire South Florida marine ecosystem if not properly addressed.

“This will ultimately be a problem for everyone that enjoys the bay,” Mr. Erdmann added — including Ransom Everglades. “People don’t want to swim in green, stinky water.”

The main solution to decrease temperatures is to reduce carbon emissions, and the sooner the better. “We need to switch over to renewables in the very near future when things will get out of hand,” Mr. Erdmann said. However, some changes can be made at the micro-level which will help prevent the frequency and severity of these events in the future. “Locally, we get away from septic systems that dump nutrients into the watershed. We need to make sure people start to stop dumping fertilizer pesticides into their lawns. We need to make sure that stormwater is cleaner, and that people are responsible in terms of what it is they expose through their drains because everything makes it into the bay.”

Dr. Lirman provided another example of how members of the community can help the conservation of the bay. “Voting is crucial,” Dr. Lirman said. “Vote for people that are going to push for all these issues to be resolved.”